After weeks and weeks of teasing their new bike, Suzuki finally unveiled the new two wheeled treasure that we’d been waiting to see. I, for one, was not disappointed! As previously thought and suggested by the imagery in the teaser videos, Suzuki have unveiled a new Suzuki Katana! 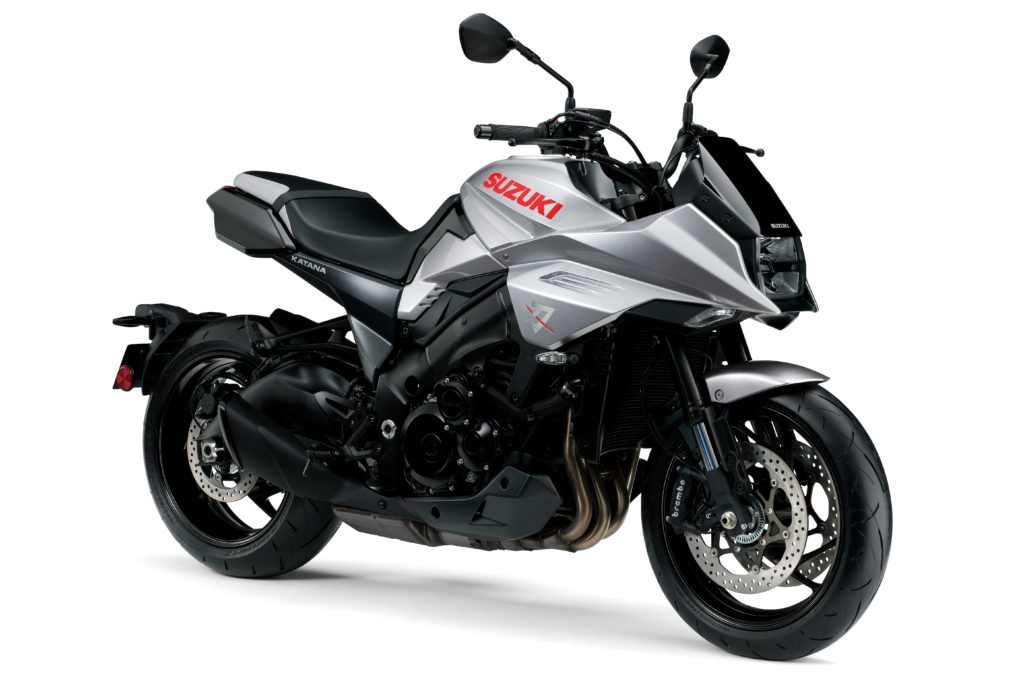 Taking the original Katana as a source of inspiration, the new Suzuki Katana features some sharp lines and modern technology that mirror that of modern sports roadsters but with a retro feel. The bike features the same 1000cc engine as found in the K5 GSXR 1000, a milestone in sports engines. This engine has been retuned for the road and still kicks out close to 150bhp! This same engine is used in the new GSX-S1000 bikes, which have proved very popular since their release. The new throttle control delivers smooth power while the Fujico discs and Brembo front calipers provides some proper stopping power when needed. 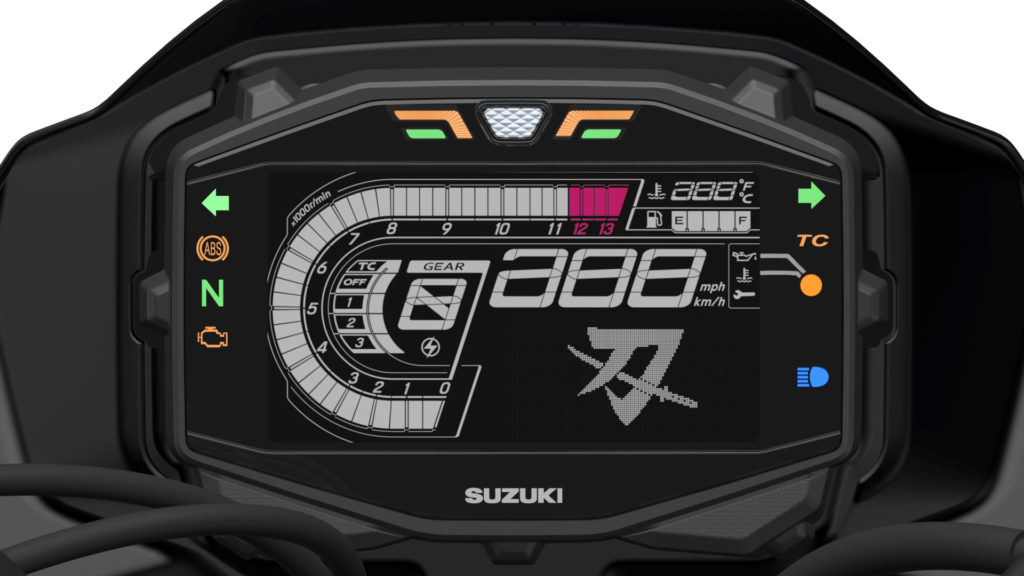 Keeping a similar style to original Katana, the new Suzuki Katana features a host of new tech to make life on the road a little easier including a full LED headlight, full LCD instrument panel, three traction control modes and more! Suzuki’s Clutch Assist System makes it easier to shift through the gears, helping when thrashing around in the bends and on longer rides too. 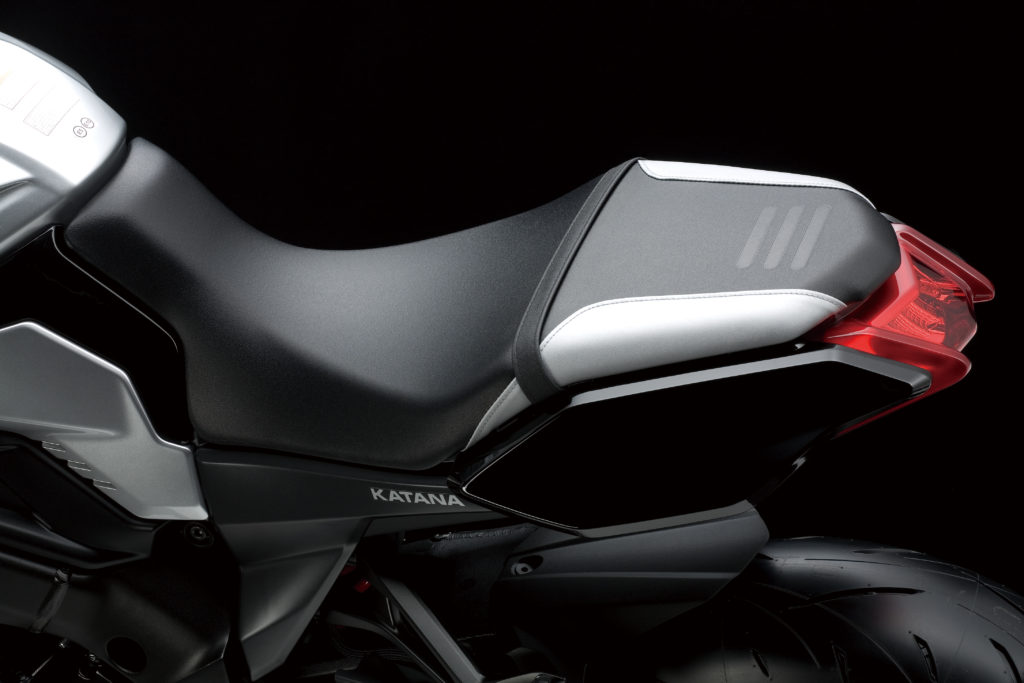 It has an 825mm seat height, same as the new Suzuki GSX-R1000. However, the more upright riding style of the bike makes it a bit more accessible to a variety of riders. Plenty of people want a bike that has enough grunt to have some fun with without chewing the clocks and coming home after a ride with your wrists aching. The fully adjustable KYB front forks help soak up the uneven roads for a plush ride wherever you are and the twin-spar aluminium alloy frame is designed to handle well for ease of riding. 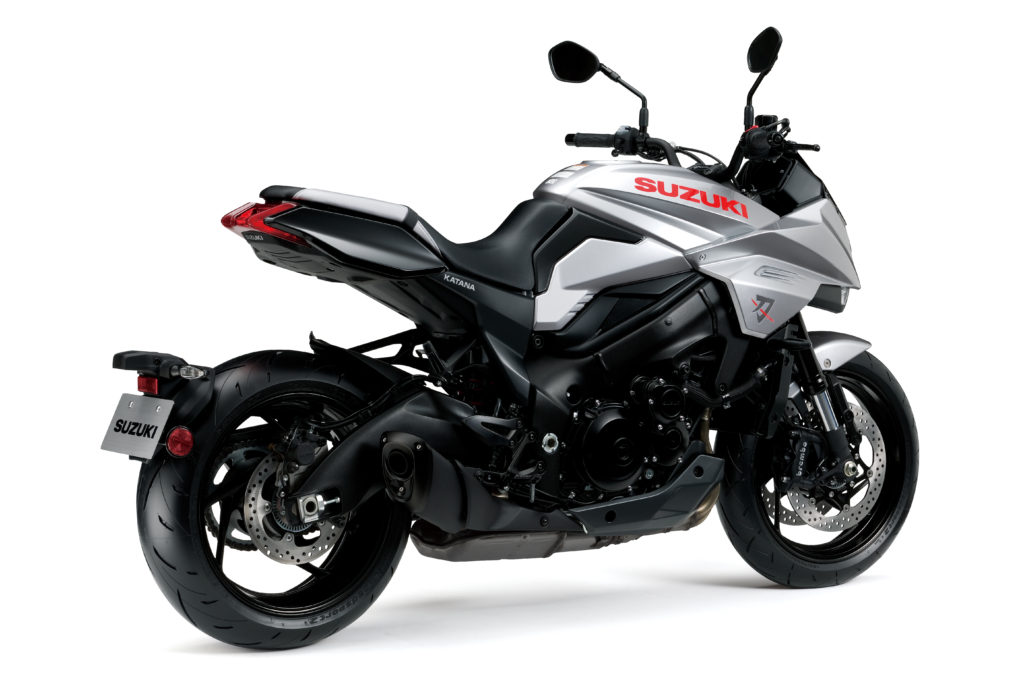 A few little niggles won’t go unnoticed though; while Suzuki claim that the chassis is lightweight, the bike itself has a kerb weight of 215kg. Heavier than the GSX-S1000 that served as a base model for the new Suzuki Katana but nothing that you’d notice when riding. There’s also the matter of fuel capacity; the new Suzuki Katana features a 12 litre fuel tank. Hardly a massive amount but the engine within has been noted as quite fuel efficient. Only time will tell if these slight issues hinder the bike. 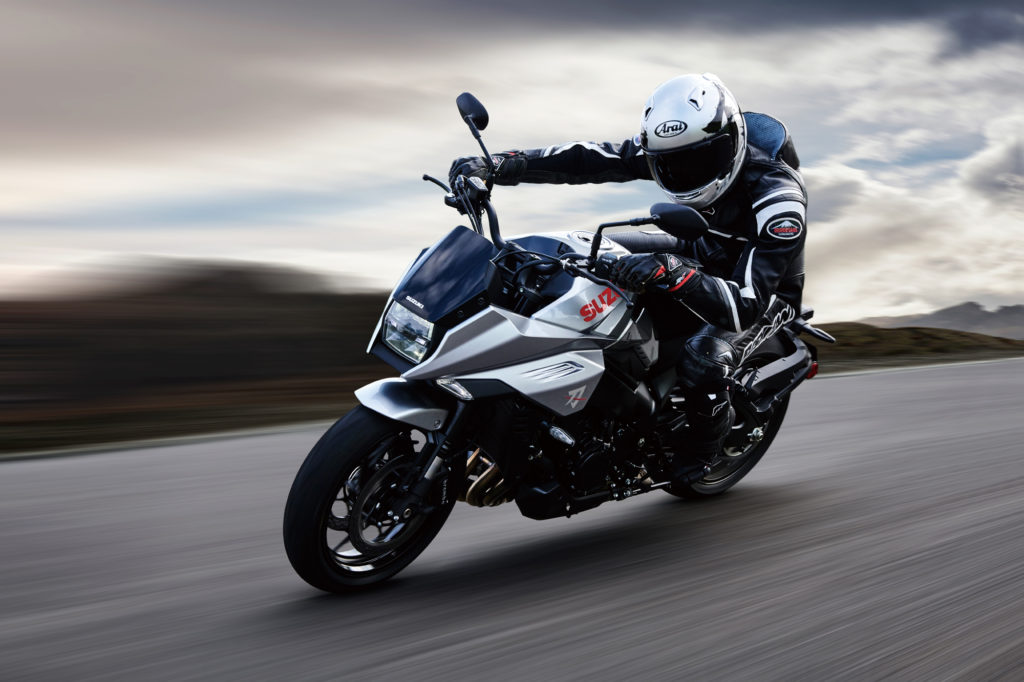 Visually, it’s gorgeous! I can’t remember the last time I saw a bike that made me look and keep looking. Everything from the headlight to the edgy styling, the rear light and more. The number plate bracket has been properly placed rather than stuck on as an afterthought. The standard exhaust looks decent on the bike too and not like it belongs on a Scania. There are also genuine Suzuki accessories to make the new Suzuki Katana your own. A smoked meter visor, coloured seat, coloured Brembo calipers and a carbon clutch cover to name a few. No word yet on the price for the Katana, but Suzuki are claiming a ‘Spring 2019’ release. 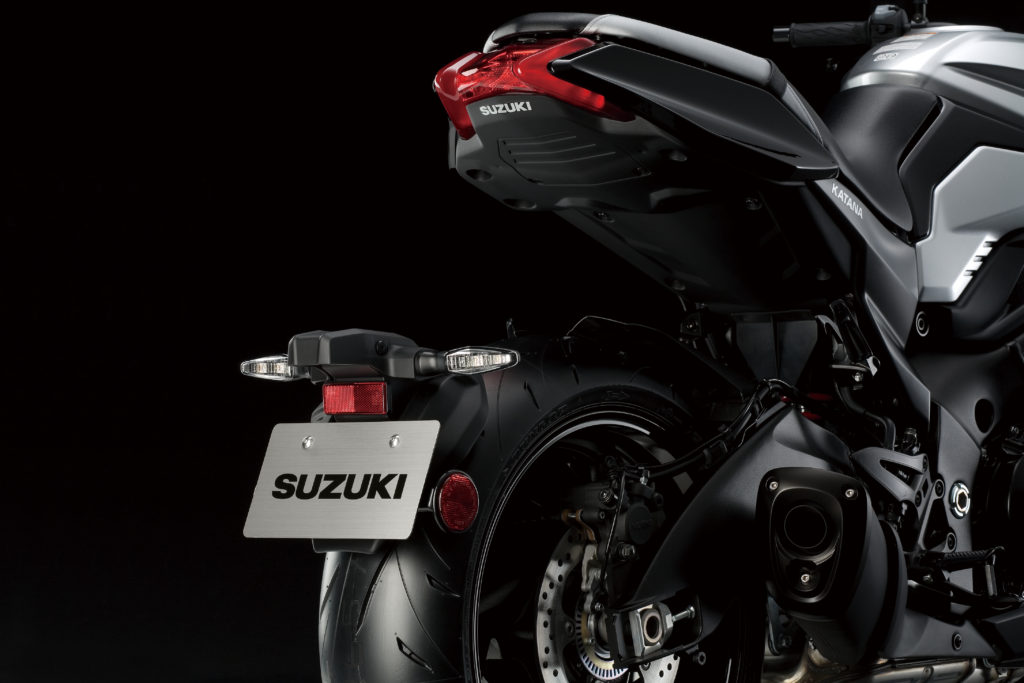 What do you think to the new Suzuki Katana? Was all the buildup worth it? Let us know your thoughts and feelings on the Katana in the comments below and on social media. As we learn more about the bike, we’ll let you know! Watch this space…